“There’s a million reasons to end federal prohibition and the only place where this is controversial is up here,” says Mace. “It’s an enormously popular idea. America is like: ‘WTF, D.C., why have you not done this yet?'”

In November, the 44-year-old freshman Congresswoman, who represents South Carolina’s coastal swing district spanning Charleston to Hilton Head, introduced the States Reform Act, a bill that would end the federal government’s 85-year prohibition on marijuana. Mace is certainly not the first politician to introduce a cannabis legalization bill, although it’s been impossible to get one passed by both chambers of Congress.

But Mace already has one of the most powerful conservative groups in the world in her corner: Charles Koch’s Americans for Prosperity. And now she has one of the world’s largest companies supporting her bill: Amazon.

In June, the retail giant announced that it would exclude marijuana from most of its employee drug testing and started lobbying to legalize cannabis. Six months later, the company met with Mace and now says it will support her States Reform Act. “They don’t want to sell it,” Mace says, noting that employment is the driving force behind the support. “It opens up the hiring pool by about 10%.” Brian Huseman, Amazon’s vice president of public policy, adds: “This bill offers comprehensive reform that speaks to the emergence of a bipartisan consensus to end the federal prohibition of cannabis.”

Forbes covers the intersection of entrepreneurship, wealth, technology, business and lifestyle with a focus on people and success. 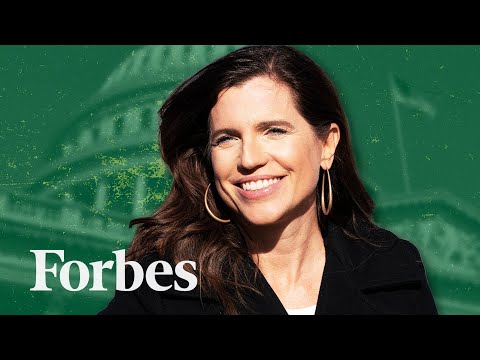