‘GrassRoots: The Cannabis Revolution’ is a feature-length and one-hour documentary exploring the medicinal use of cannabis, the patients involved & the campaign to change UK law. Over 3 years, ‘GrassRoots’ character driven, vrit approach explores our subject’s lives and why they campaign for change. With unrestricted access we lift the lid on the people within the UK cannabis movement, a subculture of politically driven campaigners who are forced to break the law to gain access to their choice of medication.

Clark French is 30 years old and has Multiple Sclerosis. Every day he battles, against the debilitating nature of his illness, but also against social stigma and the law. He doesn’t treat his MS with conventional medication; he self-medicates illegally, with cannabis. A hunger for helping similarly afflicted people birthed a need to fight for a change to the law that prevents access to cannabis. We follow Clark and other campaigners to protests battling on the front lines up and down the UK.

We also investigate the UK’s drug laws and tackles the negative perceptions of cannabis. This is juxtaposed when Clark embarks upon an explorative research journey, taking him behind the scenes in California, Colorado, Holland and Spain to show examples of where an industry built around cannabis is already helping patients. We see people committed to fighting against the odds; whilst struggling with ill health and the constant threat of criminal conviction. Despite this, they fight for something they believe in. 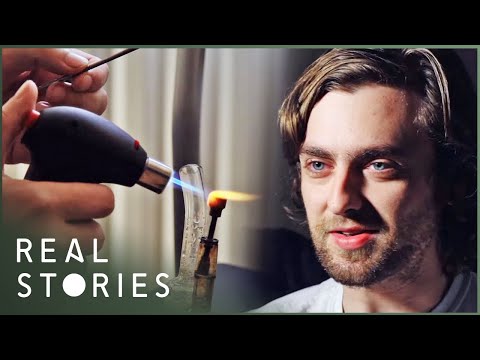